It’s amazing how far we’ve come and how much things change in just a year – is this the biggest year of growth in human’s life, it has to be! Anyway, along with growth comes lots of change – for Brandon it has been with his belly. It seems like everyday is different – what he likes today, he spits out tomorrow and vice versa but if I add Ketchup it’s ALL good in the hood. 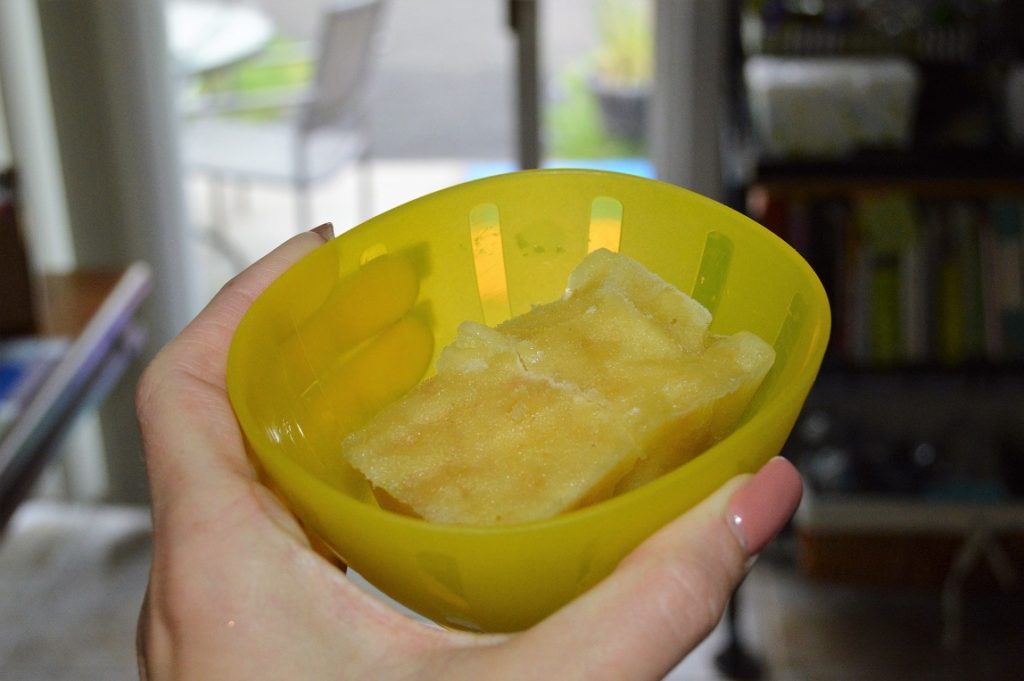 We’re still making mashed/pureed fruit for him to eat in the morning for breakfast mixed with yogurt and cereal – right now it’s the easiest thing to be prepped and ready to go for a hungry man (since we all know he can’t wait 30 seconds for food to be made). Every three weeks or so I buy some apples/pears/peaches whatever is on sale (or fruit from our weekly CSA), peel it, cut it up and put it in a pot with a small amount of water. If I have any fruit in the freezer, I’ll throw that in as well (strawberries, peaches, blueberries). Cover and cook until soft – mash with a potato masher. We spoon the mixture into an ice cube tray for easy portioning. Once frozen, pop the cubes into a ziploc – use 2 cubes each morning. Brandon has been needing a little more to eat in the morning so he’ll get some pancakes, waffles, quiche or whatever we have laying around!

When we’re home with the little guy (versus when he’s at Daycare), he typically gets a snack late morning (only because I’m usually snacking and we all know one can’t eat without the other one eating as well). I’ll either share whatever protein bar I’m eating, yogurt tube, cottage cheese or some other healthy type of snack.

Lunch is usually the easier meal to feed Brandon since it typically consists of leftovers. Who doesn’t love leftovers? Except, sometimes he can be a little punk and push the plate away if the stars don’t align perfectly (ie. the tray is attached to his high chair instead of him being pulled up to the table to eat like the rest of us). Turkey and Avo Sandwich, chicken, sweet potatoes, veggies, fruit, quesadilla – pretty much anything I can grab, chop and throw together quickly. I have a box of chicken nuggets in the freezer JUST in case we ever run out of something for him to eat.

This snack also depends on what I’m eating. Last week I was eating cereal with almond milk. If he could get back inside my belly I think he would have tried because that’s how close to was to me while trying to eat my food. Again, depending on what I eat and what he had for morning snack and lunch changes what he has for snack. Sometimes bread and hummus, bread and peanut butter, yogurt, cottage cheese, fruit…anything I can get my hands on before he loses his sh*t. 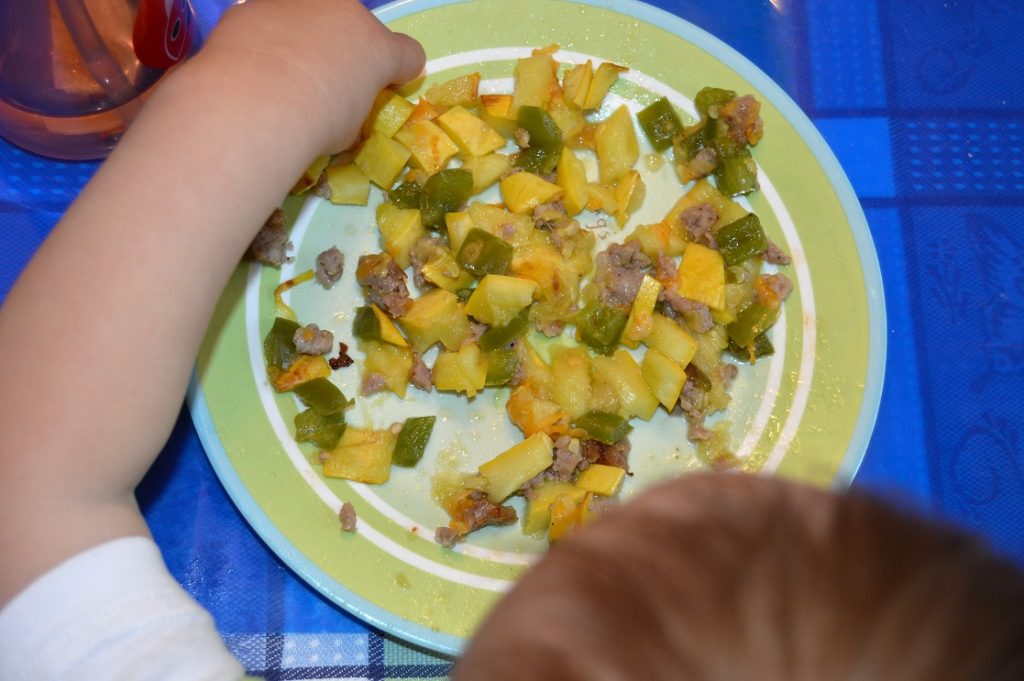 Providing Brandon isn’t in a fussy mood, dinner is usually a piece of cake, once we get past the witching hour (which is really any time of day Kevin or I step foot into the kitchen!). Brandon eats whatever we eat for dinner and usually “mmmm’s” through the ENTIRE meal. If we are eating something with a lot of spice, sauce or something not suitable for a baby we just make a small portion for him. Last night we had Orange Chicken and Rice – Brandon had chicken (minus the sauce) with leftover sweet potatoes and he couldn’t have been happier.

We really are trying to make sure he gets his calcium either through yogurt, cottage cheese, cheese or milk. Some days he would just rather have juice (I can’t blame him) and those days he gets extra yogurt tubes. He has been drinking out of a straw now for about three weeks and that has been AMAZING. I literally used every curse word on the planet every time a sippy cup tipped over and leaked because it was 155% of the time. EVERY. SINGLE. CUP! If you have a sippy cup that DOESN’T leak, please let me know because next time around I’m not cleaning up juice all day long.

Hope you enjoyed this mini-meal rundown, what do your littles eat?