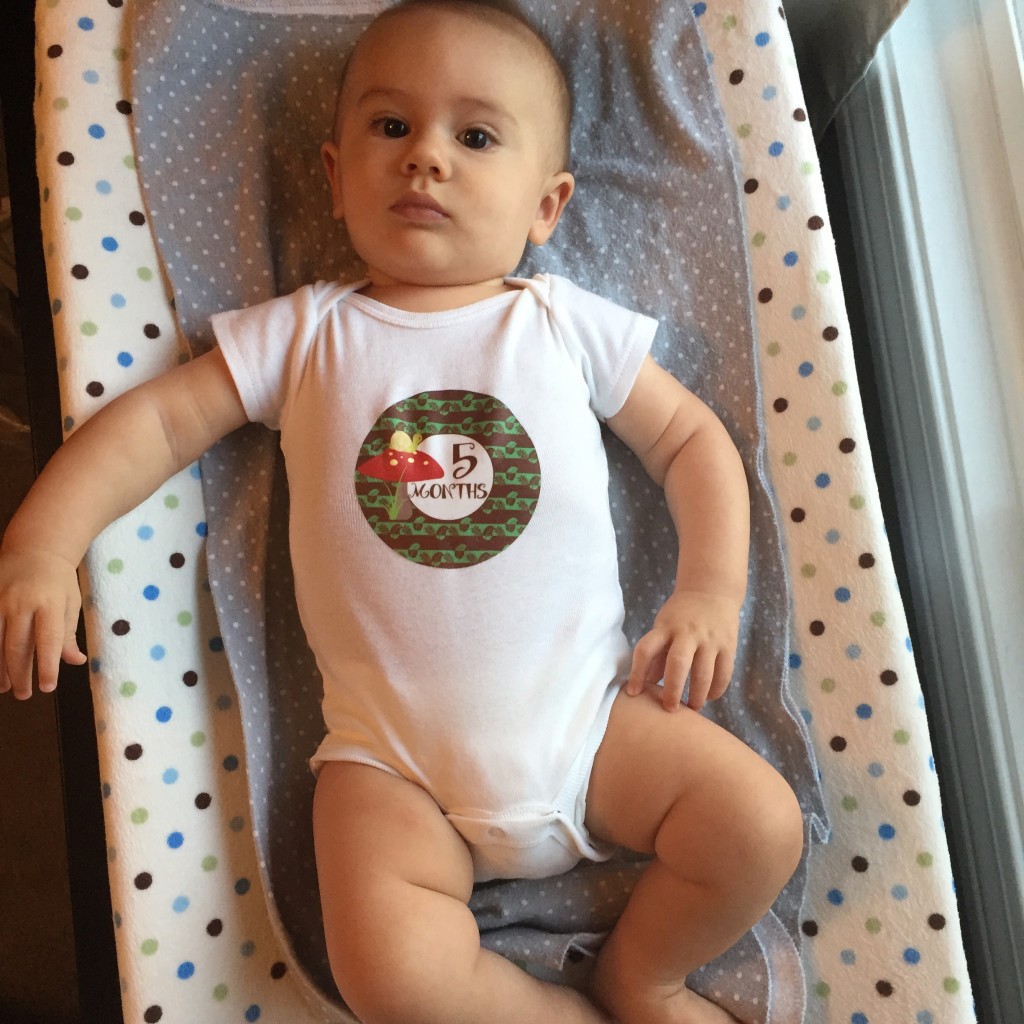 Clothes/Size: We were in 3-6 month clothes for a pretty brief time but I feel the 6 month clothes are fitting more comfortably and look cuter. Little man is growing at a great rate and is basically in the appropriate size clothing.

Favorite Foods: Brandon LOVES to eat. I mean, we already knew he loved his bottle but he just can’t get enough of spoon feeding. We have backed off a little on solids to limit his intake as his little body isn’t processing it AS quickly and it’s binding him up a little. I know most of his nutrition is coming from my milk still and the solids are really just to get him used to it for right now. He likes sweet potatoes, apples, bananas, carrots and pears. Mommy and Daddy don’t mind licking the spoon either!

Diaper size: Still in size 2 and they are getting the job done nicely. I still have a ton of them so I hope we’re in them for a while longer.

How much am I eating: A TON! Anywhere around 20oz or so in the course of a 24 hour period with two feedings of solids. His breakfast and dinner are solid – about 1/8 cup of fruits of veggies mixed with a dash of cereal. He won’t typically take a bottle after he eats, but he has 4-5 / 5oz bottles throughout the day.

Mama’s weight: Not even going there. I think I’ll remove this from the month update. Sigh.

Words: Brandon LOVES to talk. He lays in his crib and talks, he plays on the floor and talks, he talks to is toys and to us. It’s just the most adorable thing ever. Sometimes even screeches! He also loves to smile and laugh!

Activities: We’re sitting up on our own, but can tip over if he leans too far over. Yesterday he decided to roll from his back to his front! Luckily, I was on point and got a video of that for Kevin since he wasn’t home. He’s VERY close to getting up on all fours. He can get up on his knees but pushing himself with his arms are not happening anytime soon. I’m OK with that.

Sleep: Just as everyone warned, you get into a routine and at the drop of a hat it completely changes. He has been waking up twice at night and then wants to be awake for good around 4:30-5:30am. He’s going to bed around 7:30 as usual and then wakes up around 10pm and again 1:30/2am. Not sure if it’s a random growth spurt, if he’s teething, or just changing things up. Kevin will usually put him in the swing with a pacifier if he wakes up really early and doesn’t want to fall back asleep – we can usually get another hour out of him. Anyone have any suggestions? He hasn’t been to Daycare in a week so maybe that’s messing with his schedule.

Favorite Things: Loving toys now and it’s fun for me to pull new items out of the baskets and see how he takes to them. The Infantino Soft Blocks, Banana Teether, Snuggle and Teether Giraffe, and Ball Rattle are just a few of our favs.  I bought a set of vinyl building blocks at a thrift store last week, wiped them down and he has really enjoyed those as well. If I can find a name on them, I’ll link them.

Mom’s Proudest Moment: Everything is getting so fun now. Brandon is getting so independent – we still can’t leave the room without him loosing his sh*t, but that’ll get better. Brandon rolled over from back to front the other night and I was able to witness it! I know crawling is not too far away.

Dad’s Proudest Moment: Daddy loves spending quality time with Brandon and playing airplane. He loves to make him laugh and teaching him new things. This is so far the most fun age. 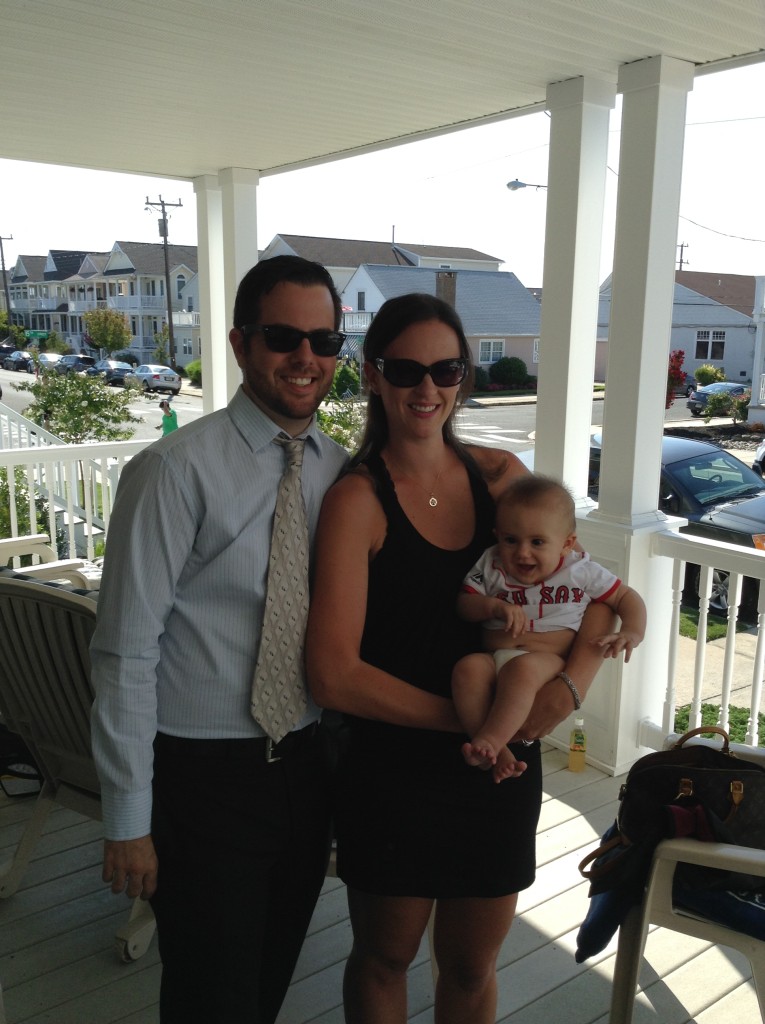