I promised a quick rundown of meals that Brandon eats so lets jump right in! He is eating three meals a day, has one bottle before his nap and one before bed and sips on watered down juice from a sippy cup the rest of the time.

Breakfast: Typically still spoon-fed since there’s not a lot he can have just yet. We mash apples and pears and freeze them in ice cube trays for easy prep. Thaw two cubes, mix with full fat plain yogurt and some baby cereal. If it’s a weekend and we have extra time, he’ll also get something like pancakes, egg yolk or cheerios.

Lunch: We try to give him a well rounded meal for lunch and since he’ll eat anything it’s usually pretty easy. He always gets protein (chicken, ham, egg yolk, turkey), a vegetable and fruit. I buy frozen steamed veggies so they are always on hand and a quick go-to if the fridge is empty. For cold cuts, we buy Applegate because it’s Natural and not cured.

Dinner: The easiest (but sometimes hardest) meals to plan for the little guy. Again, he always has a protein and veggie – we will then give him a fruit or starch to go with it. Whatever we’re making for dinner, we make a kid-friendly version for him. Last night we had BBQ Pork Naan Pizza. Brandon got plain pork and veggies. If we have pasta or spicy chicken – we make a “plain” version for him. The hard part comes leading up to dinner because we’re cooking and he’s starving and whines and whines until it’s time to eat. Brandon eats at the same time as us and gets out of his highchair when everyone is finished. Trying to teach table etiquette early (HA). 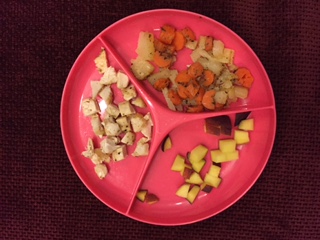 Dinner: chicken, potatoes and carrots with some peaches. 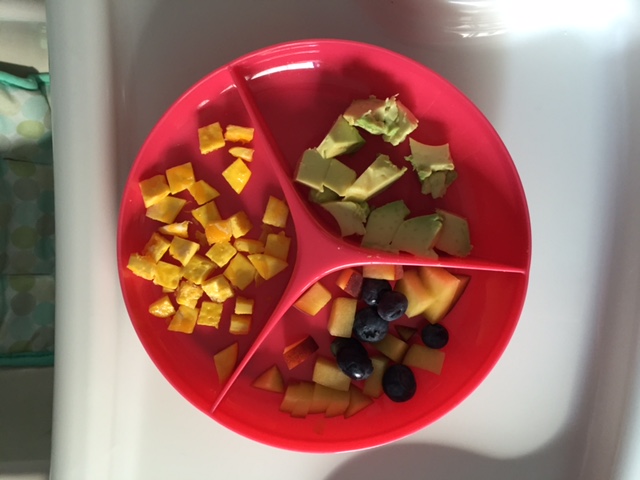 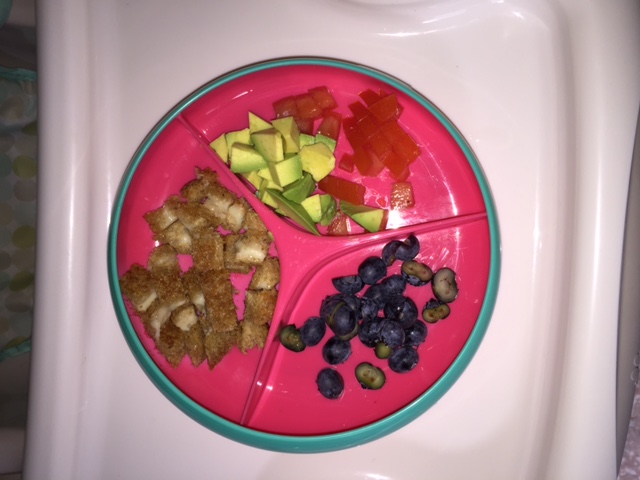 Lunch: grilled cheese (I was jealous), avocado and tomatoes, blueberries 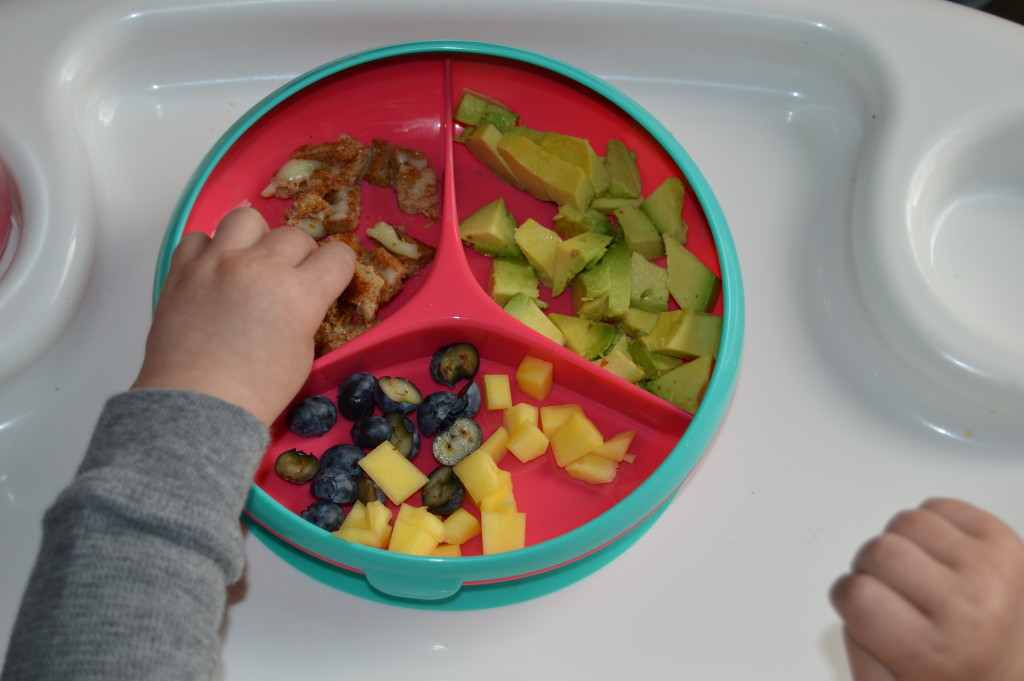 Lunch: grilled cheese, avocado, blueberries and mango (note, we took the mango away because it was too hard to gum)

Hope you enjoyed a quick little roundup of the meals we feed Brandon on the daily. It’s so easy because he will eat anything! We HAVE to eat at the same time as him otherwise he’s climbing our leg trying to eat whatever’s on our plates.