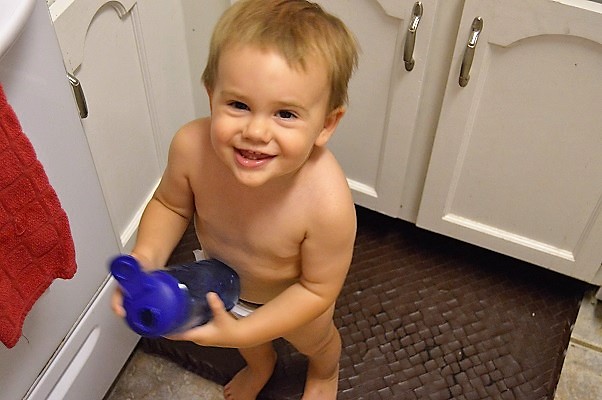 As we round the corner to the halfway point between One and Two, this little man NEVER seizes to amaze us. This week marks 17 months since Brandon has come earth-side and life has never been more fun than it has over the last couple of months. With this being our first child, there’s not a lot to compare to, but I have a feeling we broke the mold with this one. Some days I think he’s more like three years old with the things he does and understands. I expect him to spit out full sentences and conversation then reality hits again and I realize he’s still a baby. He’s the smartest little boy (I know, every parent thinks that), knows and understands everything we say and ask him to do. Seeing him interact with other/older children is so much fun! 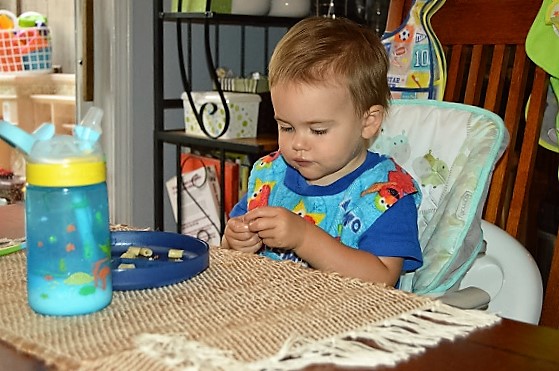 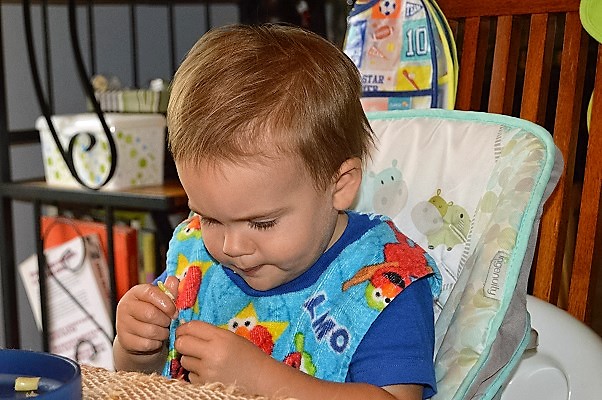 He begs to throw his diaper in the garbage and help put powder on instead of smearing poop all over the wall.
He wants to turn every light switch, floor fan, ceiling fan, nightlight and monitor on and off instead of opening cabinets and playing with chemicals.
He would rather turn on the faucet and open the drain than splash in the bathtub at night with toys.
He chooses to put his crayons in and out of the container instead of coloring on the table or walls ( or paper ).
He takes his bib off and hangs it on the chair, moves his plate away from him when he’s finished eating and wipes his hands and mouth, instead of throwing food on the floor.
945 toys and he wants to play with the bottle of sunblock or tube of lotion – putting the cap on and off.
He refuses pool floats instead he wants to swim and jump in by himself with water over his head.

He eats deviled eggs and guacamole, dips everything in ketchup, puts his dishes in the sink when he’s done, throws plastic in the recycling bin, loves bubbles, plays with ‘his‘ cell phone and says “cheese” for pictures, wants to type on Daddy’s laptop and opens the bathroom door when we scoop Zoe’s litter. He’s done ‘pee-pee’ on the potty and knows ALL of his body parts…

He eats all day long, is determined to figure things out by himself, watches our every move and pays attention to our mouth when we talk to him. He applauds himself when he does something good and grunts when he gets in trouble. He loves his blankie and Mr. Racoon, pulling wipes out of the container after his nap and brushing his teeth ( except he doesn’t like that AT ALL! ) 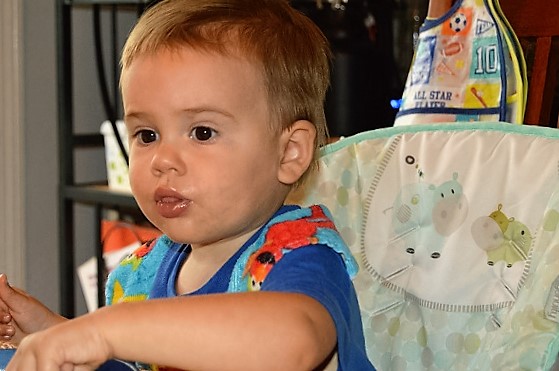 We both feel like Daycare has helped Brandon develop so much and he has learned so much being around older kids or kids in general. He can be a little devil child but has a sweet heart to even everything out. He makes me laugh multiple times a day…even when he’s being reprimanded and I can’t help but to laugh. He pushes our buttons, but gives hugs and kisses five minutes later. Some days we throw our hands up and just go with the flow…if that means three snacks before dinner, then that’s what has to happen so we don’t lose our mind! This little boy has my heart. 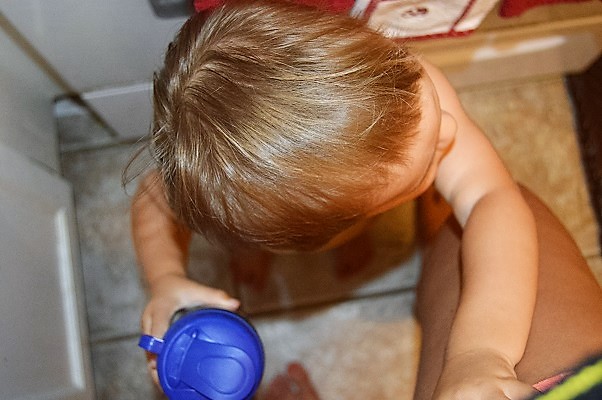 I’ll be the first one to admit that buying clothes at full price for Brandon is not something I do. He grows out of things as quickly as he grows in them so I am open arms to hand-me-downs. However, I do like to splurge on a handful of things each season. Here’s a peak at some goodies I have grabbed for Brandon, as well as some picks for the little girl in your life – Mama too! Scroll down for a special discount code, good through the end of August. 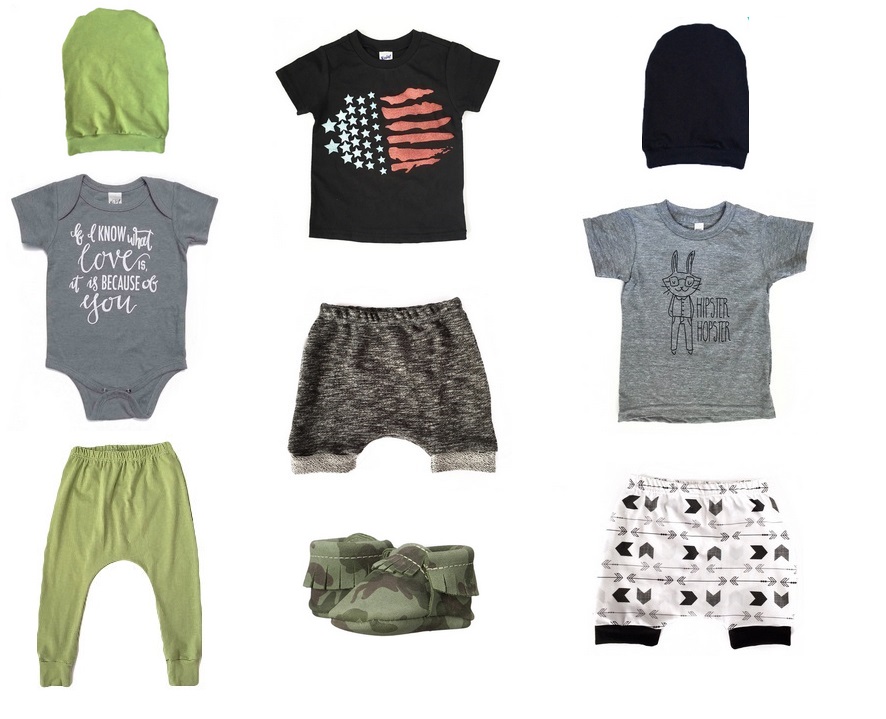 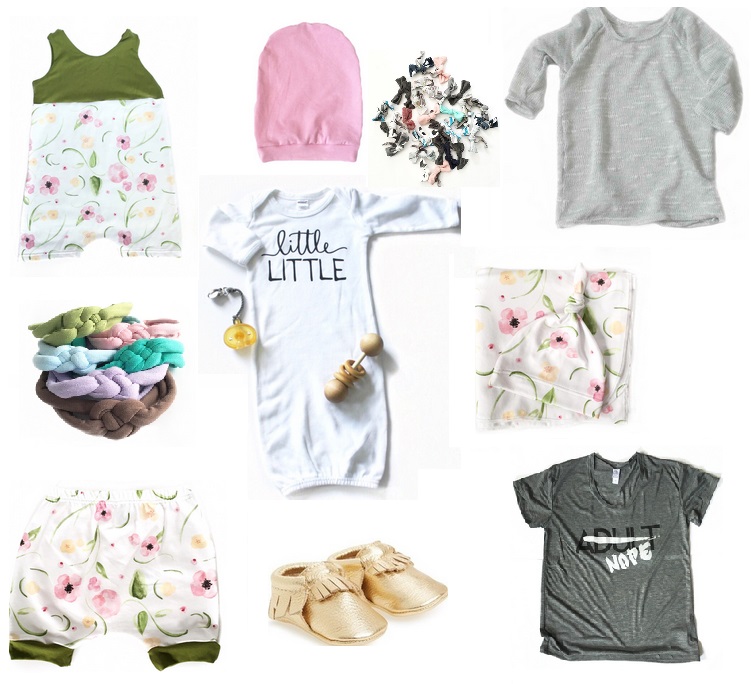 The clothes are SO cute, well made and nice breathable material for Spring and Summer when the temps are high and the sun is shining. Take a peak over at their collection and if you see something you like, use code “setme25” for 10% off any order from now through August.